A Wildlife Refuge Can Be Beneficial to Both Animals and Humans

Species of animals are disappearing at an alarming rate across the globe. Helping endangered animals is just one of the many reasons why a wildlife refuge is important.

How do you choose the sport cameras? For me, I will select the compact and portable body design with high-resolution. At this article, I will introduce a new product SJCAM SJ7 action camera, which features 4K shooting.

Nothing spells more fun in Texas than hitting the road and heading out for some river tubing in the Texas hill country. It gives you a chance to enjoy a crisp, refreshing dip in the river and gently float down the river while hanging out with friends & family.

Suspended in the Delights of Nature

After a day’s drive from Western New York, we cross the Bourne Bridge to Cape Cod and spend a delightful evening with friends in Mashpee. Early the next morning, we board the ferry for Martha’s Vineyard. I stand on deck at the rail the whole trip. During the 45 minute passage, I feel daily civilization slowly sloughing from my body. A gentle breeze wafts from the Vineyard shore across Nantucket Sound as we steam toward port in Vineyard Haven. By the time we dock and drive off the ferry, I sense that we are in a different reality. We are delighted to reunite with our Vineyard friends and relish our stay with them.

Bike Trails Through The Alps Of The Sea

The bike trails through the alps of the sea are the objective of the cross-border project. Exceptional habitats, mild climate and a variety of landscapes make the numerous French and Italian valleys an ideal place to practice your favourite sport in total freedom.

The Rubies of the Silver State

The Ruby Mountains of Nevada can be described as “Nevada’s Yosemite” because of its geologic past that includes glaciation. It’s a place where travelers can enjoy high mountain scenery and wildlife, such as mountain goats, in the middle of the Great Basin, between the Sierra and the Rockies. This articles provides the reader with an overview of this high mountain landscape.

I think most people like to take selfies. When people go traveling, it is a good time to take a selfie with the beautiful scenes. Also, it is very good to take photos with friends.

Thousands of visitors flock to the Frio River each year to enjoy the rugged and beautiful Texas hill country. For a lot of those vacationers, they choose to stay in a Frio River cabin to enhance their experience. A cabin on the river is a great option for those planning on taking advantage of the many water activities available. Cabins are convenient and certainly more comfortable than camping. If you are a first time cabin user, though, consider the following five tips to make the most of your trip:

How to Choose an Urban Scooter

The living conditions in the city influence the choice of transport we use. Against the background of the endless traffic congestion, crowding and lack of air buses and minibuses, the scooter has gained its popularity all over the world, especially in cities. Reviews suggest that the most popular urban scooters are used for commuting and just walking through the streets.

A Wise Man Does Not Own A Boat

Boat owners are decision-makers. Usually, their initial decision is to buy a small, nearly worn out boat. They fix it up, and advance their knowledge on the art of sailing with it. They name their boat, and they spend every available moment on it, transforming the boat into their mistress of the sea. Then, they begin to notice the other mistresses, the sister boats in the marina that look younger, sleeker, quicker, and they want one of those. Thus, begins their unrelenting pursuit of the better, faster, more expensive boat.

The Rainforests You Didn’t Know Existed (Ireland to Malaysia)

Rainforests are more than just a fascinatingly biodiverse environment to explore – they play a crucial role in preserving the future of mankind, with a recent study showing that rainforests absorb more than half of the carbon emissions around the world. This means the preservation of rainforests goes beyond a mere conceit – it’s an imperative. So what better way to spend your travels than learning about these environmental powerhouses, and perhaps even pitching in with some conservation efforts?

Would your ideal vacation spot be a perfect natural haven filled with hiking, canoeing, tubing, geocaching, and even dancing? For many the answer is yes, and each year many outdoor enthusiasts choose Garner State Park as their ideal summer destination. Chock full of numerous nature-based activities, loaded with Mother Nature’s wonders, and highlighting the beauty of The Frio River, this state park could be your prime location for summer outdoor adventures as well. Are you unfamiliar with this amazing state park in Uvalde County? Here are 5 cool facts to know about Garner State Park.

The world’s oldest and deepest body of freshwater, Lake Baikal, is turning into a swamp, Russian ecologists warn. They say that tons of liquid waste from tourist camps and water transport vehicles is being dumped into the UNESCO-protected lake.

The Dangers of Rip Currents to People and Pets

A rip current is a strong, localized and rather narrow current of water. Rip currents are usually strongest near the surface of the water and they move directly away from the shore, cutting through the lines of breaking waves. From oceans, seas and large lakes rip currents can occur at any beach that has breaking waves.

Capsule History of Breckenridge, the 10th Mountain Division and FDR

Before the ski resort developers arrived Breckenridge, was a small mining town with dusty streets rusty implements sticking from the ground. The elected Summit County sheriff was sole county law enforcer. If he needed backup, his grown sons were sworn in as temporary deputies. The former mining community had been in decline for some time. Little could Breckenridge inhabitants imagine the upscale ski resort and condos that was to come. During World War II the United States Army’s 10th Mountain Division trained in the mountains near here, that winter training lead to their victories in the Alps Mountains. The army chose a site at 9,300 feet altitude and named it Camp Hale. Trails were cut and the longest T-Bar in the country installed. Built in 1942, Camp Hale was decommissioned in 1945. 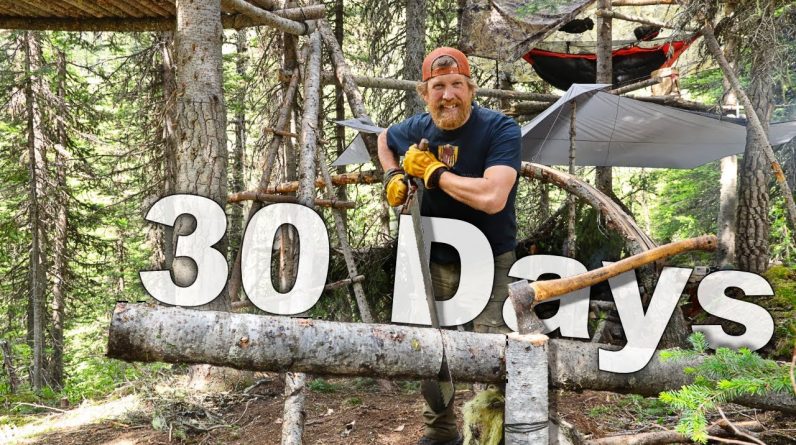 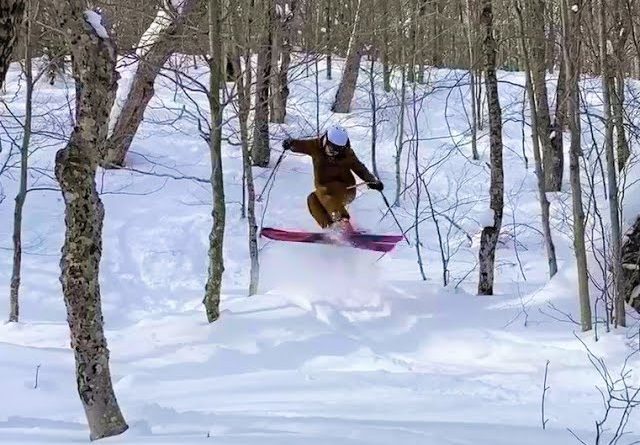 Winter solo overnight with only my backcountry ski kit 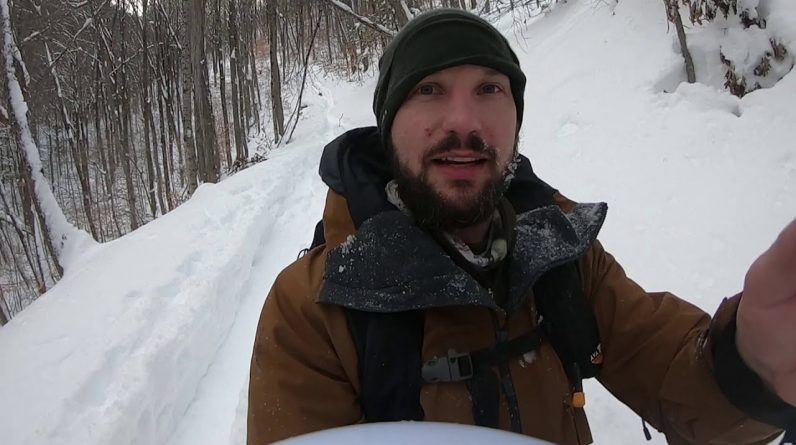 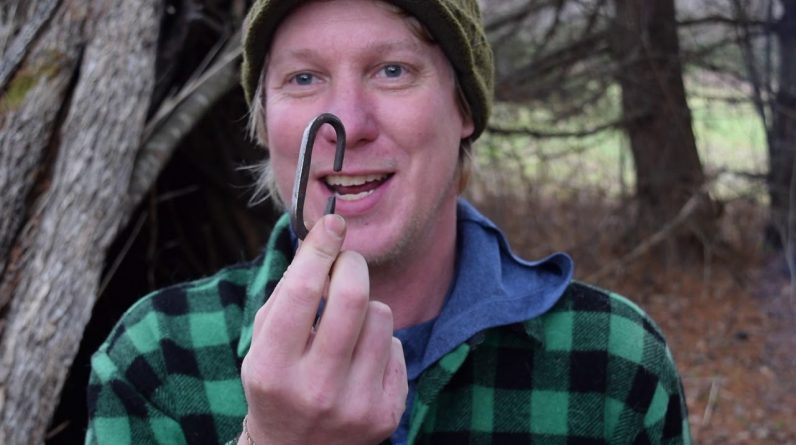 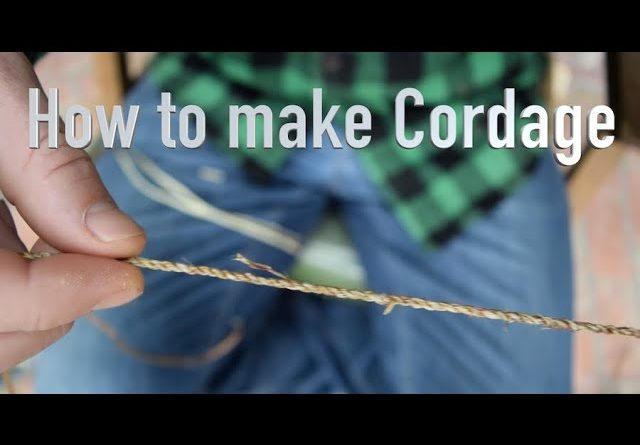 How to make cordage with dogbane 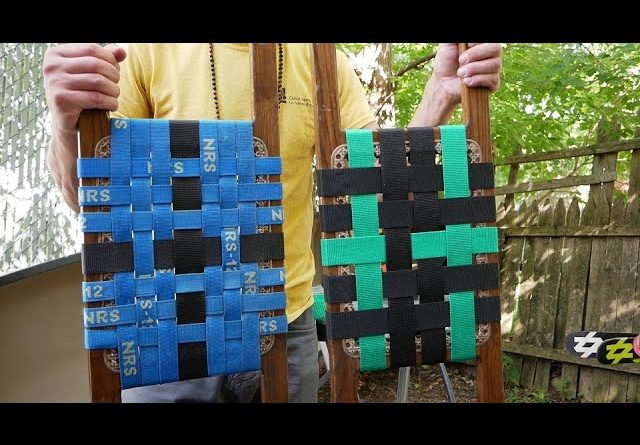 DIY How to replace your canoe seats webbing